Everyone’s Building Ecommerce Fulfillment Networks, But They’re Not So Fulfilling for Sellers When third-party sellers first started selling online, the first questions were, “Should I sell on Amazon or eBay besides my ecommerce website?” However, over time, that question has changed into, “How do I sell on both, as well as Walmart and other marketplaces when they make sense for my business?”. In fact, with the current ecommerce trend, it is almost imperative for online sellers to sell on multiple channels to grow. Numerous studies show that retailers using two or more sales channels, on average, do better with their bottom lines. It gets complicated. Now each platform has its own order fulfillment service offering and prioritizes the sale of items fulfilled through it.

Let’s take a closer look at them.

Amazon launched its third-party marketplace to satisfy the customer demand for a broader assortment of products. Third-party (3P) sellers add products much faster than Amazon sourcing all the items itself. This helped build the “everything store” behemoth. Today, third-party sellers make up more than 58% of all physical goods sold on Amazon.

Then came Fulfillment by Amazon (FBA), a large-scale distributed warehousing and order fulfillment network for its third-party sellers. FBA helps Amazon deliver a consistent 2-day shipping (soon 1-day) to customers even if a 3P seller sold the item. Commanding 47% of all U.S. eCommerce sales, Amazon was able to negotiate unbeatable shipping rates from all major carriers and offer incredibly low fulfillment fees to sellers. Opting for FBA gives sellers a distinct advantage within the Amazon ecosystem. FBA sellers are more likely to win the “buy box” and are outright forgiven for any shipping related customer complaints.

However, using FBA to fulfill non-Amazon orders is not as rewarding financially. Amazon uses FBA to deliver excellent shopping experience for Amazon customers and power it’s famous growth flywheel by prioritizing its FBA services for its marketplace customers. The fees for non-Amazon orders are much higher. Moreover, Walmart outright banned FBA from its platform due to Amazon’s aggressive branding on boxes.

Shopify Order Fulfillment Network: The New Kid On the Block

Shopify started as an ecommerce platform enabling sellers to quickly create their own professional online store, independent of the marketplaces. Coupled with its vibrant app ecosystem, Shopify aims to be a one-stop-shop for small and mid-size online sellers.

One of its growth strategies has been the app marketplace. Shopify’s great diversity of stores means there is also a high demand for specialized features. Keeping up with this expectation through Shopify’s own development team is very challenging. Therefore, to service the growing needs of their sellers quickly, they’ve created an app marketplace. Through the marketplace, third-party companies can build and monetize specialty apps that augment and extend Shopify’s native functionality.

To continue fueling its growth, Shopify launched additional services to power more parts of the seller’s business and in turn, capture a larger share of the wallet. They launched Shopify Payments, Point-of-Sale, Shopify Capital, and Shipping Label printing services, to name a few. Small to Medium (SMB) sellers need these services, and they also like the simplicity of a one-stop-shop. These value-added services have enabled Shopify to increase their revenue per seller over time.

As an extension of the same strategy, Shopify has now tossed its hat into the ecommerce order fulfillment ring too. ‘Shopify Fulfillment Network’ is geared towards Shopify sellers with options such as custom packaging. The pricing and shipping speed aren’t expected to be anywhere near FBA (at least not in the near-term), as Shopify does not own any logistics infrastructure. However, there are plans to partner with other warehouses and 3rd Party Logistics (3PL) providers. Smaller Shopify sellers who fulfill orders by themselves may find it a step-up, but it’s too early to say. One thing we know for sure is that fulfilling orders through Shopify will not boost their “buybox” chances on Amazon. Shopify is serious about this move, as demonstrated by their acquisition of 6 River Systems for $450M earlier this September.

eBay also announced its own ecommerce order fulfillment solution in July, called ‘Managed Delivery.’ The objective of the program is to take the fulfillment burden off of eBay sellers and increase delivery speeds for the end customers. The program will be available to U.S. sellers in 2020.

Third-party partners will run the program on the eBay platform, which means it may not be able to compete with FBA on cost or service quality.

‘Managed Delivery’ may, however, be able to provide some respite to larger eBay sellers with access to discounted shipping rates and faster deliveries. At the launch, eBay CEO affirmed, “We don’t want to win a fast shipping game — that’s not the point. You’re not going to hear one-hour delivery, five-minute delivery.”

So, what is the end-game here? eBay is now playing catch-up to newer ecommerce platforms, trying hard to hang on to its position as the second-largest ecommerce marketplace. eBay is competing against behemoths like Amazon and Walmart, both of which offer small businesses access to massive groups of customers. It’s not an easy battle because eBay has an “image problem.” It’s generally thought of as a marketplace where you go to buy used goods, while Amazon and Walmart are the places customers go to purchase new items. Participating eBay sellers in the “Managed Delivery” network will get them higher visibility on eBay, but the service will not be very helpful in winning in a multi-channel environment.

Be Careful Jumping onto the Bandwagon

So why not sign up for all the order fulfillment networks?

It’s not even about the fees charged by these networks, which can be significant for any business. The large hidden costs come from maintaining inventory at multiple locations. Let’s break it down:

Apart from the tangible costs, there are other headaches with managing multiple order fulfillment programs — for example, the added complexity from juggling multiple contracts, billing audits, and keeping track of ever-changing rates and terms. Furthermore, holding more inventory exposes sellers to a higher risk of losses from shifts in customer demand or during a recession. If a seller opts to go with an unaffiliated third-party logistics provider, they end up being a buy box pariah on every platform.

It is hard to ignore the cost to the environment too. The inefficiencies of excess inventory at its core result in a larger carbon footprint through excess transportation and warehousing operations. The repercussions are hard to ignore when humanity is inching towards irreversible damage to the climate every day. Sellers are losing, and so is our planet!

The Future of Order Fulfillment is Wide Open

The optimal future of order fulfillment is customer-centric. It means delivering goods to customers the way they prefer it, not limited to the options thrust upon them by the seller or the fulfillment partner. The options should not be limited to lightning-fast delivery, or the ability to pick up an item at one of the company’s “owned” stores. They should also allow the customer to choose delivery options that are greener for the earth or the ability to have the order delivered the same day from a local store without costing an arm and a leg. When order fulfillment networks operate under this new paradigm, they’d be able to offer these options and more to merchants of all sizes, and such services will not be a luxury limited to large multi-billion dollar retailers (think Amazon-Kohls as an example).

The future of ecommerce order fulfillment must also be efficient, where all constituents of the supply chain work together to serve the customer profitably and responsibly. Instead of walls and hurdles preventing growth and advancement, true next-generation fulfillment solutions will facilitate collaboration between all members of the value chain. It will unite the manufacturers to the retailers and everyone in between, including the competitors. Unless we re-imagine and re-design our captive order fulfillment models, both customer-centricity and merchant profitability will continue to suffer. 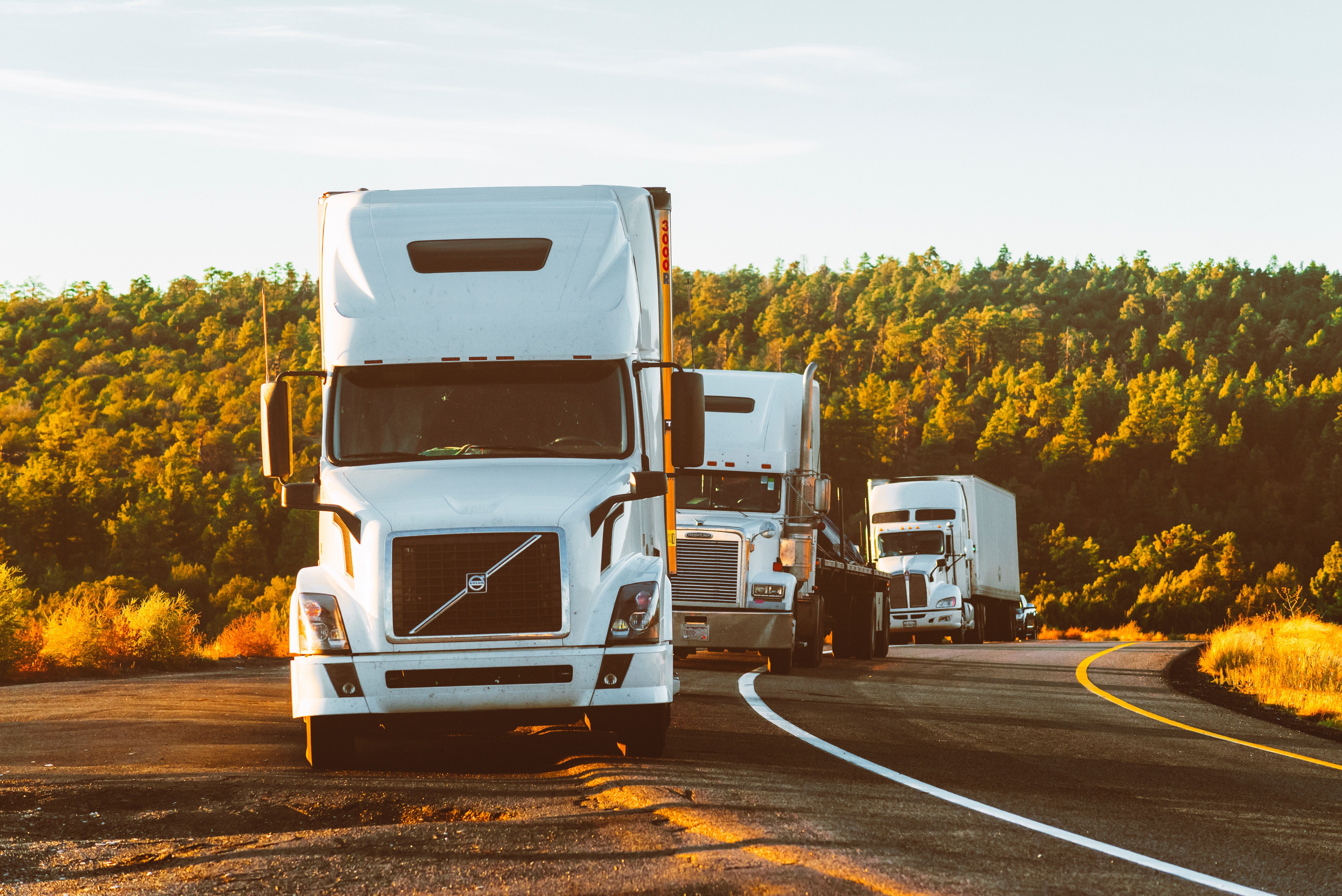